Using a Grand Spaces building as a sales office 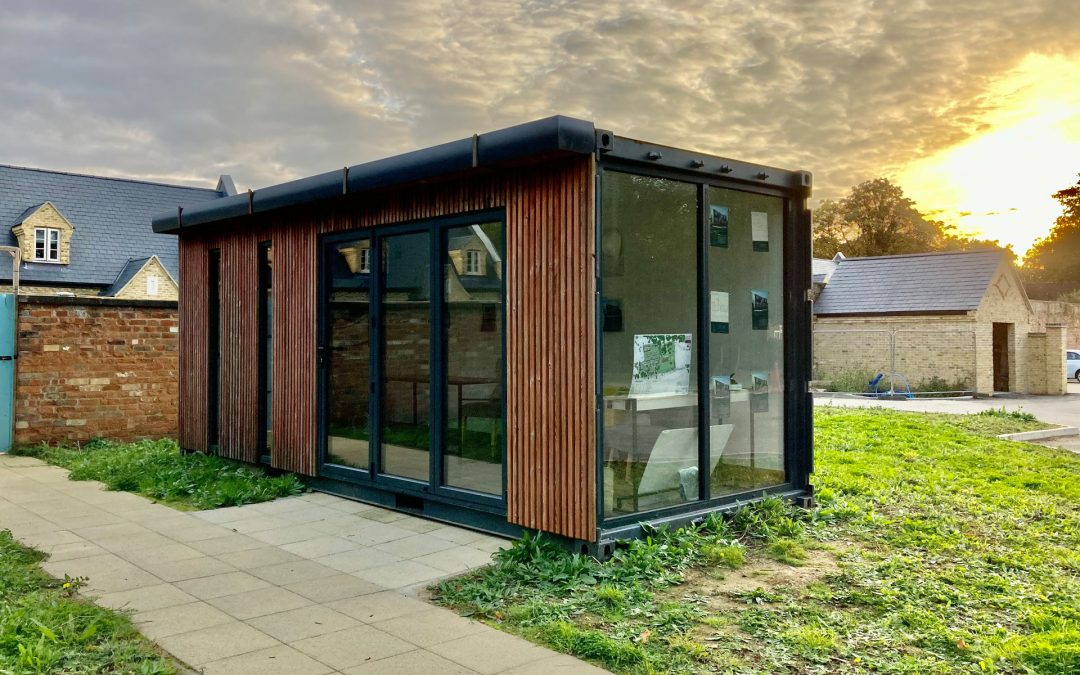 As a portable and self contained building that can literally be dropped onto a site fully functioning, Grand Spaces are beyond compare. So when a building company approached us to use one of the buildings sitting in our show space we initially thought they wanted one building in a similar style. But no, they wanted that one, and needed it right now.

So we made it happen, The building was hoisted onto a lorry and taken to Brampton where the development was under way. Set in the grounds of Brampton manor the developers were creating a unique set of homes built to meld into the parkland and style of the surroundings, and a Grand Space building as a sales office was the perfect addition.